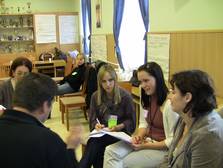 Lawrence, R. (1990) “Restitution as a Cost-Effective Alternative to Incarceration,” in B. Galaway and J. Hudson (eds.) Criminal Justice, Restitution, and Reconciliation