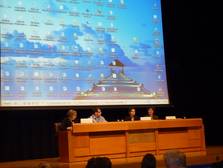 January update from the UK