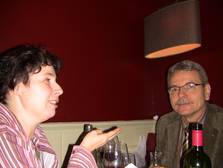 The role of Restorative Justice in adressing serious crimes