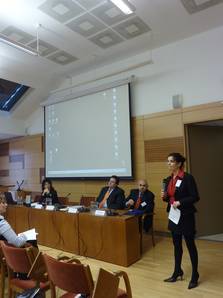 Kathy Hutchinson and Ryan Aldridge (Copyright by The Forgiveness Project)