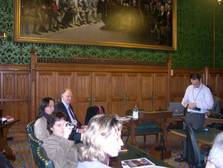 SORI – victim of burglary and murder